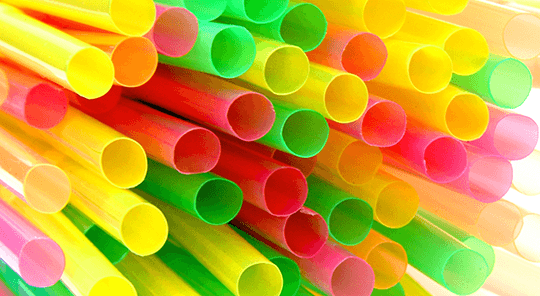 Polypropylene (PP), also known as polypropene, is a thermoplastic polymer used in a wide variety of applications including packaging and labeling, textiles (e.g., ropes, thermal underwear and carpets), stationery, plastic parts and reusable containers of various types, laboratory equipment, loudspeakers, automotive components, and polymer banknotes. An addition polymer made from the monomer propylene, it is rugged and unusually resistant to many chemical solvents, bases and acids.

Polyethylene (abbreviated PE) or polythene (IUPAC name polyethene or poly(methylene)) is the most commonplastic. The annual global production is approximately 80 million tonnes.[1] Its primary use is in packaging (plastic bag,plastic films, geomembranes, containers including bottles, etc.). Many kinds of polyethylene are known, with most having the chemical formula (C2H4)nH2. Thus PE is usually a mixture of similar organic compounds that differ in terms of the value of n.

LDPE is defined by a density range of 0.910–0.940 g/cm3. LDPE has a high degree of short and long chain branching, which means that the chains do not pack into thecrystal structure as well. It has, therefore, less strong intermolecular forces as the instantaneous-dipole induced-dipole attraction is less. This results in a lower tensile strength and increased ductility. LDPE is created by free radical polymerization. The high degree of branching with long chains gives molten LDPE unique and desirable flow properties. LDPE is used for both rigid containers and plastic film applications such as plastic bags and film wrap.

HDPE is defined by a density of greater or equal to 0.941 g/cm3. HDPE has a low degree of branching and thus low intermolecular forces and tensile strength. HDPE can be produced by chromium/silica catalysts, Ziegler-Natta catalysts ormetallocene catalysts. The lack of branching is ensured by an appropriate choice of catalyst (for example, chromium catalysts or Ziegler-Natta catalysts) and reaction conditions. HDPE is used in products and packaging such as milk jugs, detergent bottles, butter tubs, garbage containers and water pipes. One third of all toys are manufactured from HDPE

Polyethylene terephthalate (sometimes written poly(ethylene terephthalate)), commonly abbreviated PET, PETE, or the obsolete PETP or PET-P is a thermoplastic polymer resin of the polyester family and is used in synthetic fibers; beverage, food and other liquid containers; thermoforming applications; and engineering resins often in combination with glass fiber.

Poly(lactic acid) or polylactide (PLA) is a thermoplastic aliphatic polyester derived from renewable resources, such ascorn starch (in the United States), tapioca roots, chips or starch (mostly in Asia), or sugarcane (in the rest of the world). In 2010, PLA had the second highest consumption volume of any bioplastic of the world.

The name “poly(lactic acid)” does not comply with IUPAC standard nomenclature, and is potentially ambiguous or confusing, because PLA is not a polyacid (polyelectrolyte), but rather a polyester.

Plastarch Material (PSM) is a biodegradable, thermoplastic resin. It is composed of starch combined with several other biodegradable materials. The starch is modifiedin order to obtain heat-resistant properties, making PSM one of few bioplastics capable of withstanding high temperatures. PSM began to be commercially available in 2005.

PSM is stable in the atmosphere, but biodegradable in compost, wet soil, fresh water, seawater, and activated sludge where microorganisms exist. It has a softening temperature of 257°F (125°C) and a melting temperature of 313°F (156°C).

Due to how similar PSM is to other plastics (such as polypropylene and CPET), PSM can run on many existing thermoforming and injection molding lines. PSM is currently used for a wide variety of applications in the plastic market, such as food packaging and utensils, personal care items, plastic bags, temporary construction tubing, industrial foam packaging, industrial and agricultural film, window insulation, construction stakes, and horticulture planters.

Since PSM is derived from a renewable resource (corn starch), it has become an attractive alternative to petrochemical-derived products. Unlike plastic, PSM can also be disposed of through incineration, resulting in non-toxic smoke and a white residue which can be used as fertilizer. However, concerns have been expressed about the impact of such technologies on food prices.

Oriented polystyrene (OPS) is produced by stretching extruded PS film, improving visibility through the material by reducing haziness and increasing stiffness. This is often used in packaging where the manufacturer would like the consumer to see the enclosed product. Some benefits to OPS are that it is less expensive to produce than other clear plastics such as PP, PET, and HIPS, and it is less hazy than HIPS or PP. The main disadvantage to OPS is that it’s brittle. It will crack or tear easily.

Paper is a thin material produced by pressing together moist fibers, typically cellulose pulp derived from wood, rags or grasses, and drying them into flexible sheets.

Paper is a versatile material with many uses. Whilst the most common is for writing and printing upon, it is also widely used as a packaging material, in many cleaning products, in a number of industrial and construction processes, and even as a food ingredient – particularly in Asian cultures.

Latex is the stable dispersion (emulsion) of polymer microparticles in an aqueous medium. Latexes may be natural or synthetic. It can be made synthetically by polymerizing a monomer such as styrene that has been emulsified with surfactants.

Latex as found in nature is a milky fluid found in 10% of all flowering plants (angiosperms).[1] It is a complex emulsion consisting of proteins, alkaloids, starches, sugars, oils, tannins, resins, and gums that coagulate on exposure to air. It is usually exuded after tissue injury. In most plants, latex is white, but some have yellow, orange, or scarlet latex.

Vinyl or ethenyl is the functional group −CH=CH2, namely the ethylene molecule (H2C=CH2) minus one hydrogen atom. The name is also used for any compound containing that group, namely R−CH=CH2 where R is any other group of atoms.

An industrially important example is vinyl chloride, precursor to PVC, a plastic commonly known as vinyl.

Vinyl is one of the alkenyl functional groups. On a carbon skeleton -hybridized carbons or positions are often called vinylic.